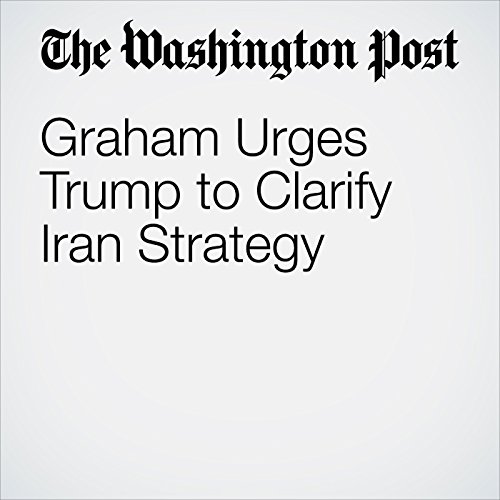 Sen. Lindsey O. Graham (R-S.C.) called on President Trump to lay out his strategy toward Iran as the country faces its largest protests in nearly 10 years, saying such a move would help bolster the United States in its conflict with North Korea.

"Graham Urges Trump to Clarify Iran Strategy" is from the December 31, 2017 Politics section of The Washington Post. It was written by Elise Viebeck and narrated by Sam Scholl.