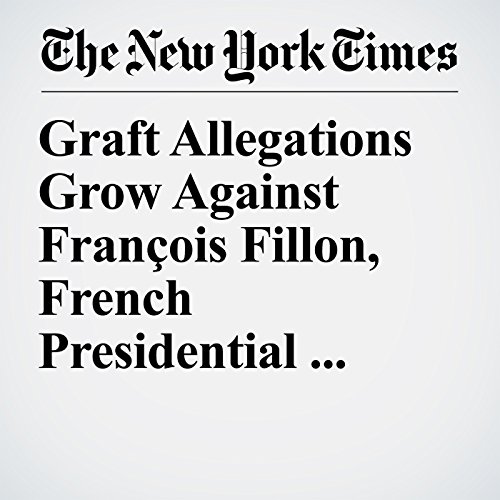 "Graft Allegations Grow Against François Fillon, French Presidential Hopeful" is from the February 01, 2017 World section of The New York Times. It was written by Aurelien Breeden and narrated by Keith Sellon-Wright.