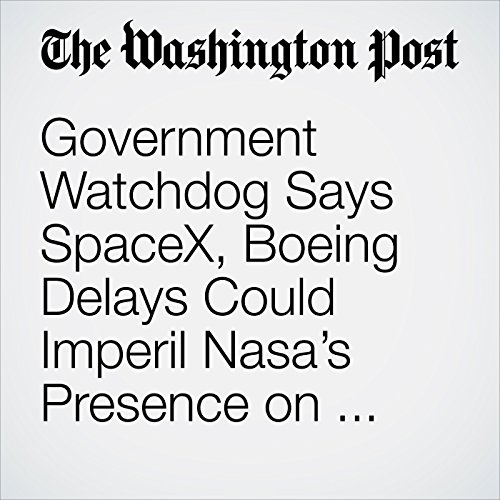 The two contractors that NASA has hired to build new spacecrafts to fly astronauts to the International Space Station could face further delays that push certification of their vehicles to 2019, two years behind schedule, according to a report issued Thursday by government investigators.

"Government Watchdog Says SpaceX, Boeing Delays Could Imperil Nasa’s Presence on the Space Station" is from the February 16, 2017 Tech section of The Washington Post. It was written by Christian Davenport and narrated by Sam Scholl.