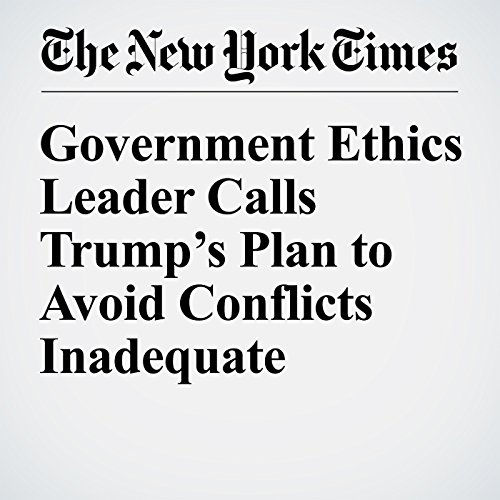 The unusual public criticism from Walter M. Shaub Jr., director of the Office of Government Ethics, followed Trump’s most detailed explanation yet of his plans to distance himself from the global business operations of the Trump Organization. No modern president has entered the White House with such a complicated array of holdings.

"Government Ethics Leader Calls Trump’s Plan to Avoid Conflicts Inadequate" is from the January 11, 2017 U.S. section of The New York Times. It was written by Susanne Craig and Eric Lipton and narrated by Kristi Burns.