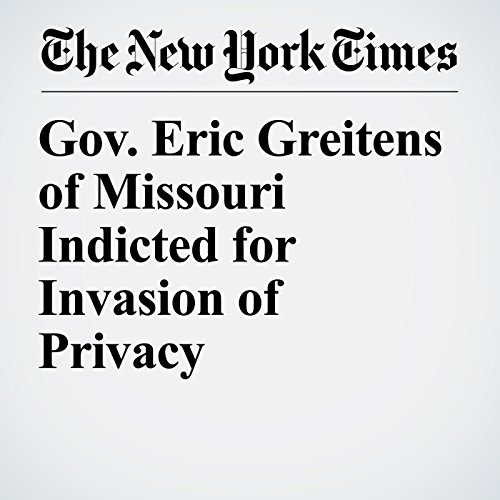 Gov. Eric Greitens of Missouri was indicted Thursday on a felony invasion of privacy charge, threatening his hold on the leadership of the state and creating chaos across Missouri’s political landscape in an election year.

"Gov. Eric Greitens of Missouri Indicted for Invasion of Privacy" is from the February 23, 2018 U.S. section of The New York Times. It was written by Mitch Smith, John Eligon and narrated by Mike DelGaudio.