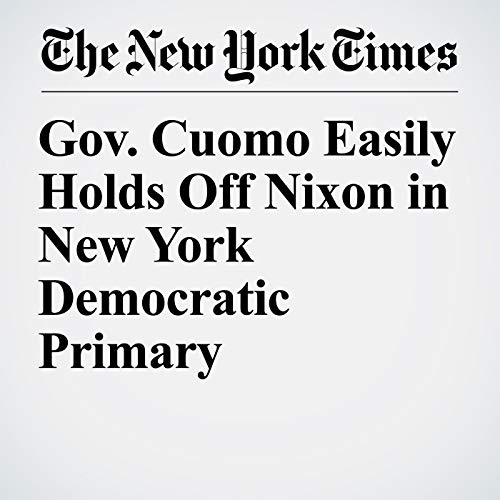 Gov. Andrew Cuomo took a decisive step toward a third term Thursday, quelling a liberal rebellion by turning aside the insurgent challenge of Cynthia Nixon to claim the Democratic nomination in New York."Gov.

Cuomo Easily Holds Off Nixon in New York Democratic Primary" is from the September 14, 2018 U.S. section of The New York Times. It was written by Shane Goldmacher and narrated by Fleet Cooper.