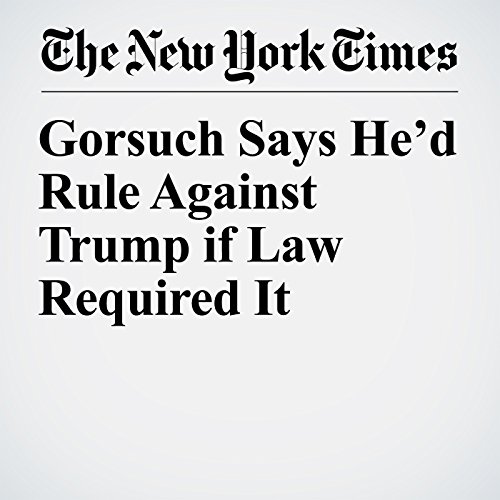 Gorsuch Says He’d Rule Against Trump if Law Required It

Judge Neil M. Gorsuch, President Donald Trump’s Supreme Court nominee, sought to assure the Senate and the nation on Tuesday that he would be a fair-minded and independent justice. He said he would not hesitate to rule against Trump if the law required it, and he repeated his earlier private criticism of Trump’s attacks on judges who had ruled against the administration.

"Gorsuch Says He’d Rule Against Trump if Law Required It" is from the March 21, 2017 U.S. section of The New York Times. It was written by Adam Liptak and Matt Flegenheimer and narrated by Caroline Miller.