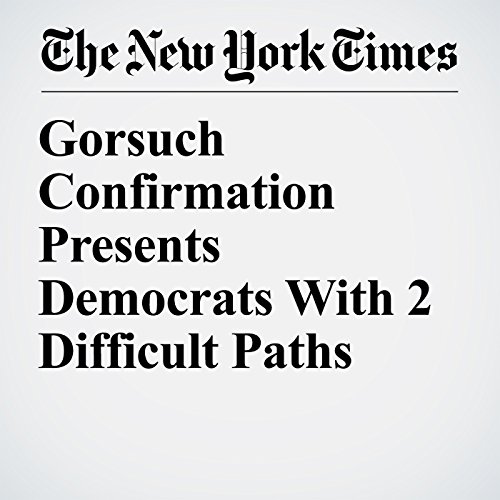 When it comes to the Supreme Court nomination of Judge Neil Gorsuch, Senate Democrats appear to have two options: Get out of the way or get run over.

"Gorsuch Confirmation Presents Democrats With 2 Difficult Paths" is from the March 19, 2017 U.S. section of The New York Times. It was written by Carl Hulse and narrated by Caroline Miller.