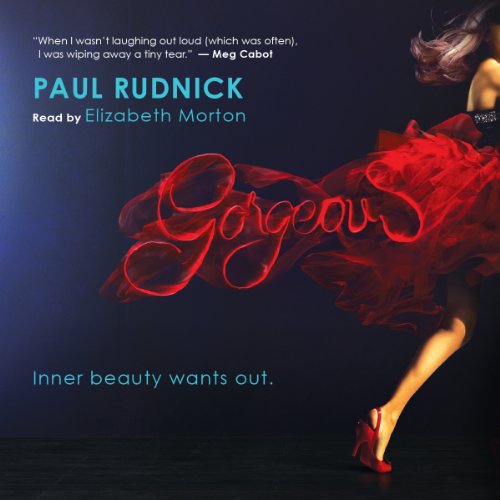 Eighteen-year-old Becky Randle is an ordinary girl who receives an impossible offer. She meets Tom Kelly, the world's top designer, and he promises to create three dresses to transform her from a nothing-special girl into the Most Beautiful Woman Who Ever Lived.

Becky thinks Tom is a lunatic, or that he's producing a hidden camera show called World's Most Gullible Poor People. But she accepts, and she's remade as Rebecca. When Becky looks in the mirror, she sees herself - an awkward mess of split ends and cankles. But when anyone else looks at Becky, they see pure five-alarm hotness.

Soon Rebecca is on the cover of Vogue and the new Hollywood darling. She then meets Prince Gregory, heir to the British throne, and everything starts to crumble. Because Rebecca aside, Becky loves him. But to love her back, Gregory would have to look past the blinding Rebecca to see the real girl inside. And for that, there's not enough magic in the world.

A screamingly defiant, hugely naughty, and impossibly fun free fall past catwalks, red carpets, and even the halls of Bucking-ham Palace, Gorgeous does the impossible: It makes you see yourself clearly for the first time.

The first couple chapters were rough ... but if you can make it through, the rest of the book is completely worth it. So incredibly funny ... I laughed so hard through out. Seriously, there is something great about a modern day fairy tale that is full of Witt and sarcasm. I truly enjoyed Becky's relationship with her best friend Rocher... Gosh everyone needs a friendship like that... Best comedic timing! I highly recommend this book if you are looking for a fun read.

Laziest World-Building I've Read in a While

People said this book was funny. I chuckled a couple of times, but not enough to enjoy this novel. Quite disappointing. It seems as if the writer wanted to jump on the "chick lit" trend and did so, with no respect for the reader's intelligence.

Would you try another book from Paul Rudnick and/or Elizabeth Morton?

I would try ONE more book.

It was an interesting concept, although I think rather poorly executed. This should be in teen literature.

I would not go see this movie.

What did you love best about Gorgeous?

What was one of the most memorable moments of Gorgeous?

Anything that involved Rocher. She is the best. THE BEST.

I really really loved this book. It was so fun, so uplifting!