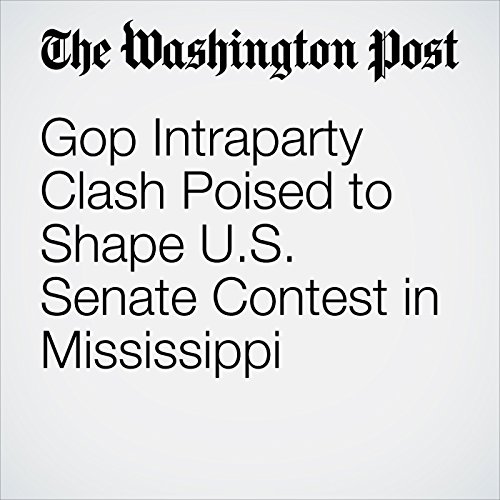 Mississippi’s 2018 U.S. Senate race is poised as the next possible front in the fight between rival wings of the Republican Party, a campaign that could test how the GOP’s populist and establishment forces engage in the aftermath of this month’s bitter Alabama contest.

"Gop Intraparty Clash Poised to Shape U.S. Senate Contest in Mississippi" is from the December 27, 2017 Politics section of The Washington Post. It was written by Sean Sullivan and Michael Scherer and narrated by Sam Scholl.