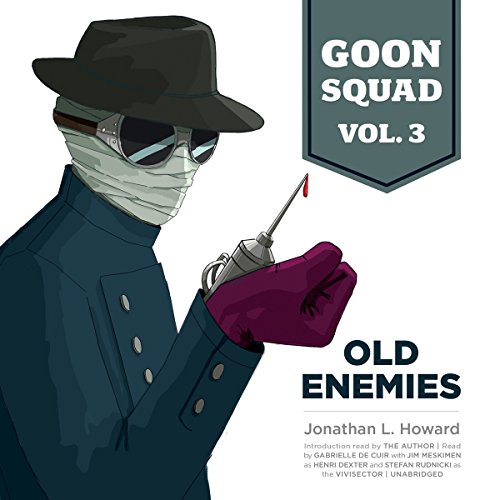 Goon Squad is set in a version of modern-day Manchester. Its biggest divergence from the real city is that it - along with most other large urban centers - has a team of superheroes to protect it against unusual threats with which the conventional forces of law and order would have problems.

Goon Squad, Volume 3: Old Enemies is composed of: "Life During Wartime"; "Red Wolf, Red Wolf, Does Whatever a Red Wolf Can"; "Shadow of the Vivisector"; "The Man from Switzerland"; "The End of the Year Show"; as well as an introduction read by the author.