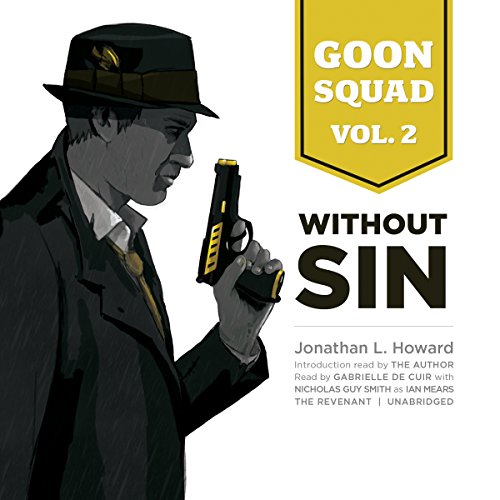 An ongoing, episodic "prose comic" from which the pictures are summoned by the magic of words, Goon Squad is set in a version of modern-day Manchester. Its biggest divergence from the real city is that it - along with most other large urban centers - has a team of superheroes to protect it against unusual threats with which the conventional forces of law and order would have problems.

Goon Squad, Volume 2: Without Sin is composed of "A Star in Strange Ways", "Holy Fool", "Dead Man Tells Tale", "A Brief History of the Goon Squad", "Tale of Terror", and "Pomona Island", as well as an introduction read by the author.

The story is a nice bit of short fluff with very little development over the last book and that by it self is fine for a shorter story. Whats not fine is the jacked up price for thats not worth the credit or retail price. This book is priced the same as a full book and the third installment is even more. maybe ill pick up the third if it goes on sale but im done with this series for now.