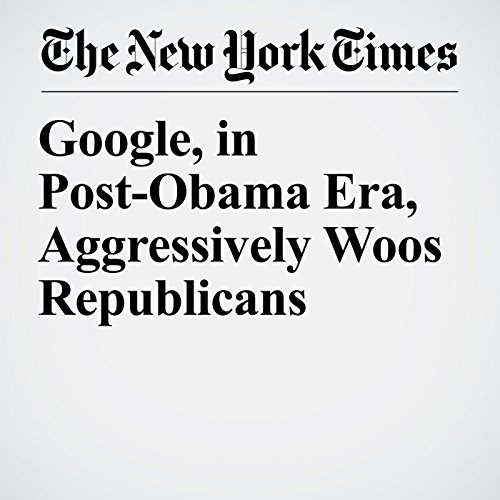 Few companies have been as intimately tied to the Democratic Party in recent years as Google. So now that Donald Trump is president, the giant company, in Silicon Valley parlance, is having to pivot.

"Google, in Post-Obama Era, Aggressively Woos Republicans" is from the January 19, 2017 Technology section of The New York Times. It was written by Cecilia Kang and narrated by Keith Sellon-Wright.