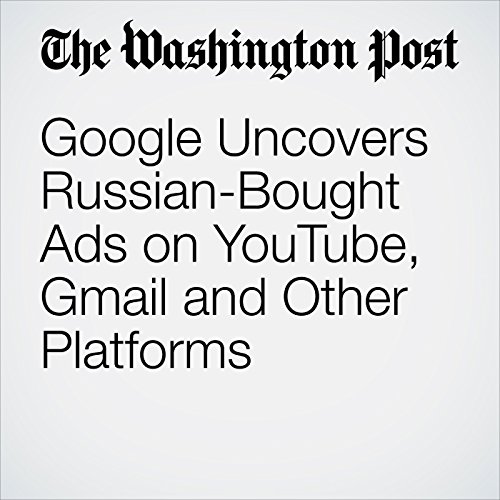 Google for the first time has uncovered evidence that Russian operatives exploited the company’s platforms in an attempt to interfere in the 2016 election, according to people familiar with the company's investigation.

"Google Uncovers Russian-Bought Ads on YouTube, Gmail and Other Platforms" is from the October 09, 2017 Technology section of The Washington Post. It was written by Elizabeth Dwoskin, Adam Entous and Craig Timberg and narrated by Sam Scholl.