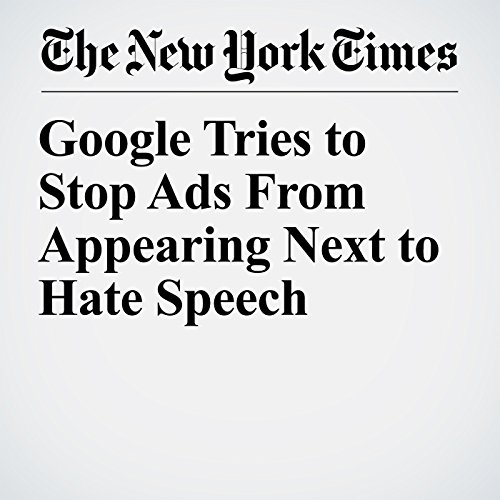 Google moved Tuesday to protect its lucrative advertising business by giving marketers greater control over where their ads appear online, after major clients withdrew spots that were shown next to hate speech and other offensive material.

"Google Tries to Stop Ads From Appearing Next to Hate Speech" is from the March 21, 2017 Technology section of The New York Times. It was written by Mark Scott and narrated by Fleet Cooper.