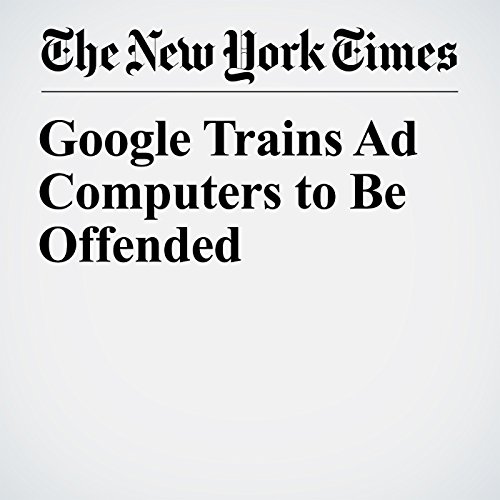 Over the years, Google trained computer systems to keep copyrighted content and pornography off its YouTube service. But after seeing ads from Coca-Cola, Procter & Gamble and Wal-Mart appear next to racist, anti-Semitic or terrorist videos, its engineers realized their computer models had a blind spot: They did not understand context.

"Google Trains Ad Computers to Be Offended" is from the April 03, 2017 Business section of The New York Times. It was written by Daisuke Wakabayashi and narrated by Keith Sellon-Wright.