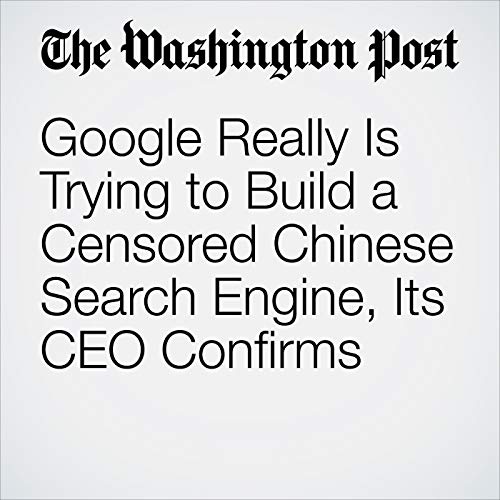 Google on Monday finally confirmed a secretive project that’s been fueling an employee-led backlash for weeks at the company: an effort to build a version of its search engine that complies with China’s online censorship regime.

"Google Really Is Trying to Build a Censored Chinese Search Engine, Its CEO Confirms" is from the October 16, 2018 Tech section of The Washington Post. It was written by Brian Fung and narrated by Sam Scholl.