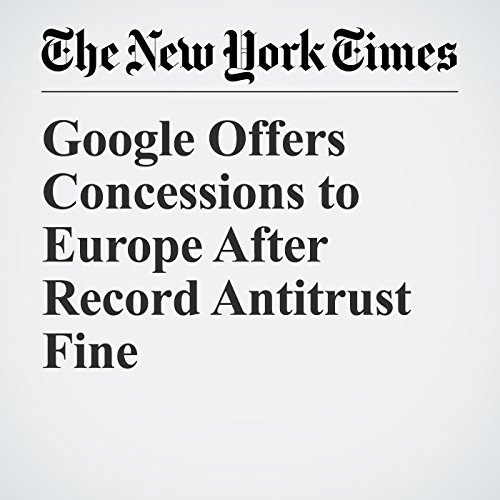 Google announced concessions on Wednesday to European regulators over its online shopping service, signaling a new willingness by the Silicon Valley company to bow to tightening pressures from governments around the world.

"Google Offers Concessions to Europe After Record Antitrust Fine" is from the September 27, 2017 Business section of The New York Times. It was written by James Kanter and narrated by Kristi Burns.