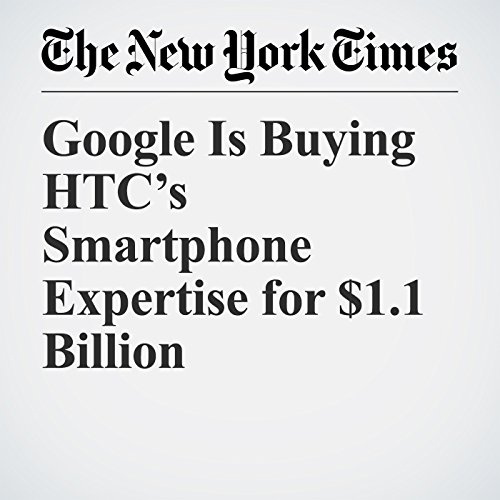 Google announced late Wednesday that it was spending $1.1 billion to hire a team of engineers from the smartphone business of the struggling Taiwanese manufacturer HTC in a bid to bring more hardware expertise to its own mobile technology operations.

"Google Is Buying HTC’s Smartphone Expertise for $1.1 Billion" is from the September 21, 2017 Business section of The New York Times. It was written by Daisuke Wakabayashi and narrated by Kristi Burns.