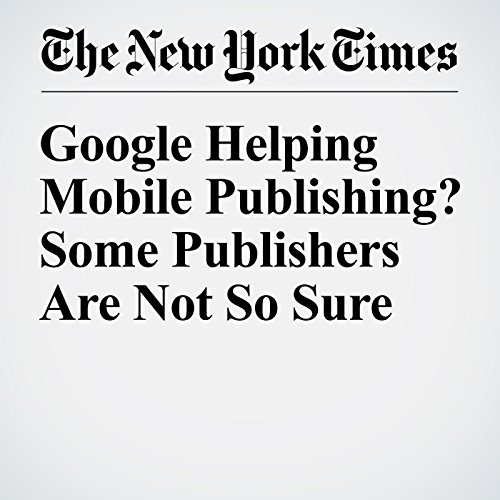 Much of the publishers’ unease is rooted in Google’s presentation of AMP stories, which appear as if they are Google articles. That’s because Google, to speed up AMP, stores copies of publisher’s pages and serves them from its own internet network. So when a reader clicks an AMP link, the address bar at the top of the page displays google.com instead of the actual web address from the publisher.

"Google Helping Mobile Publishing? Some Publishers Are Not So Sure" is from the January 01, 2017 Business section of The New York Times. It was written by Daisuke Wakabayashi and narrated by Fleet Cooper.

Cosa pensano gli ascoltatori di Google Helping Mobile Publishing? Some Publishers Are Not So Sure