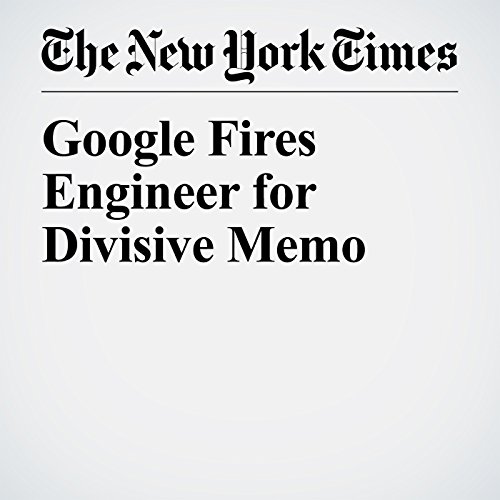 Google on Monday fired a software engineer who wrote an internal memo that questioned the company’s diversity efforts and argued that the low number of women in technical positions was a result of biological differences instead of discrimination.

"Google Fires Engineer for Divisive Memo" is from the August 07, 2017 Business section of The New York Times. It was written by Daisuke Wakabayashi and narrated by Kristi Burns.