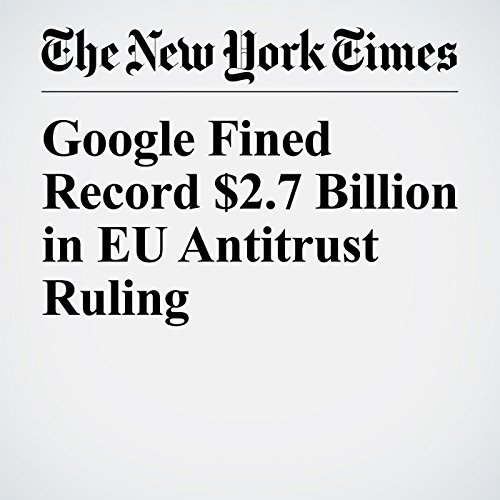 Google suffered a major blow Tuesday after European antitrust officials fined the search giant a record $2.7 billion for unfairly favoring some of its own search services over those of rivals.

"Google Fined Record $2.7 Billion in EU Antitrust Ruling" is from the June 27, 2017 Business section of The New York Times. It was written by Mark Scott and narrated by Keith Sellon-Wright.