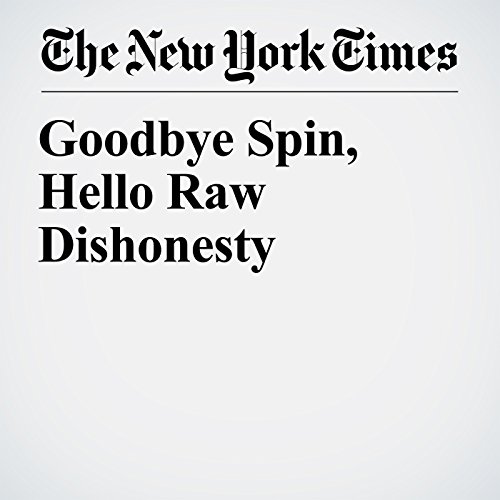 At this point it’s easier to list the Trump officials who haven’t been caught lying under oath than those who have. This is not an accident.

"Goodbye Spin, Hello Raw Dishonesty" is from the March 02, 2017 Opinion section of The New York Times. It was written by Paul Krugman and narrated by Caroline Miller.