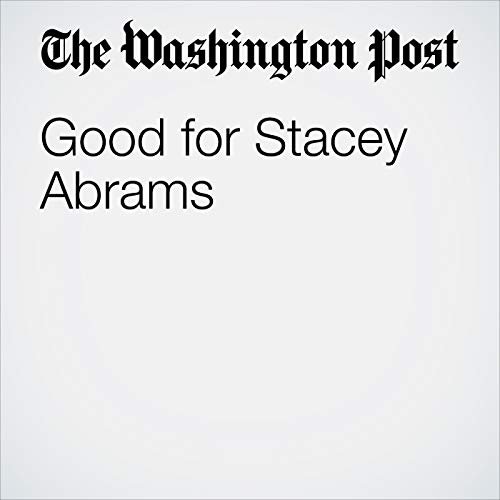 Democratic candidate Stacey Abrams is trying to make history by becoming the first African American, and the first woman, elected governor of Georgia. She has been running neck and neck with Republican Brian Kemp, the Georgia secretary of state. Her campaign hit a momentary kerfuffle when the New York Times reported on social media posts regarding her participation in the burning of Georgia’s state flag while a college student in 1992. Abrams unapologetically stood by her youthful act of constitutionally protected free speech, which occurred at a time when the whole state was debating what to do with a banner that incorporated the Confederate battle flag, having been modified to include that hateful symbol by the state’s segregationist officials in 1956. Abrams was among those who rightly believed such a banner represented, as she understatedly put it in a Tuesday night candidates’ debate, “racial divisiveness.”

"Good for Stacey Abrams" is from the October 25, 2018 Opinion section of The Washington Post. It was written by Charles Lane and narrated by Sam Scholl.