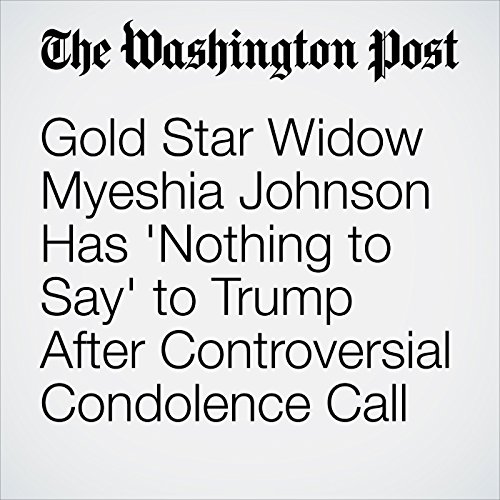 Nineteen days after her husband’s death and two days after his wrenching burial, the widow of Sgt. La David Johnson said she has “nothing to say” to President Trump, whose condolence call pulled the grieving widow into the center of a national controversy.

"Gold Star Widow Myeshia Johnson Has 'Nothing to Say' to Trump After Controversial Condolence Call" is from the October 23, 2017 Politics section of The Washington Post. It was written by Kristine Phillips and J. Freedom du Lac and narrated by Sam Scholl.