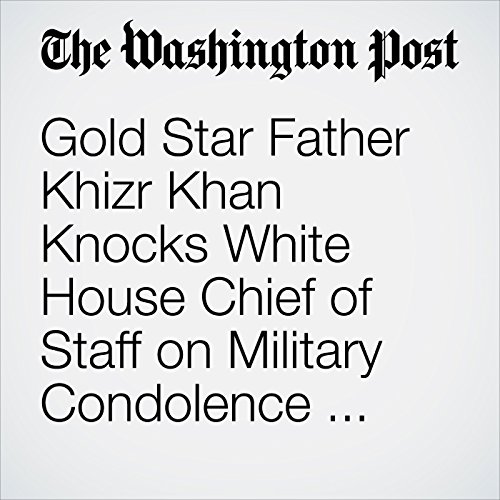 Khizr Khan said John F. Kelly, a retired four-star Marine general, had “made the situation even worse” by defending Trump and joining him in attacking Rep. Frederica S. Wilson (D-Fla.) after she criticized Trump’s call to the widow of one of four service members killed in an ambush in Niger.

"Gold Star Father Khizr Khan Knocks White House Chief of Staff on Military Condolence Controversy" is from the October 22, 2017 Politics section of The Washington Post. It was written by John Wagner and narrated by Sam Scholl.