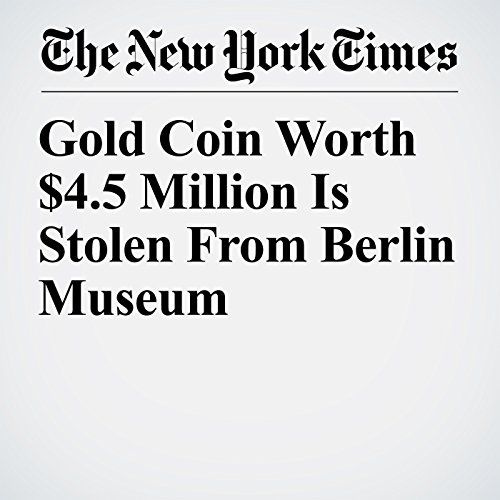 You could never palm it, flip it or plunk it into a vending machine, but apparently it can be pinched: The world’s largest gold coin, a 221-pound Canadian monster called the Big Maple Leaf, was stolen overnight from the Bode Museum in Berlin, police said Monday.

"Gold Coin Worth $4.5 Million Is Stolen From Berlin Museum" is from the March 27, 2017 World section of The New York Times. It was written by Melissa Eddy and narrated by Fleet Cooper.