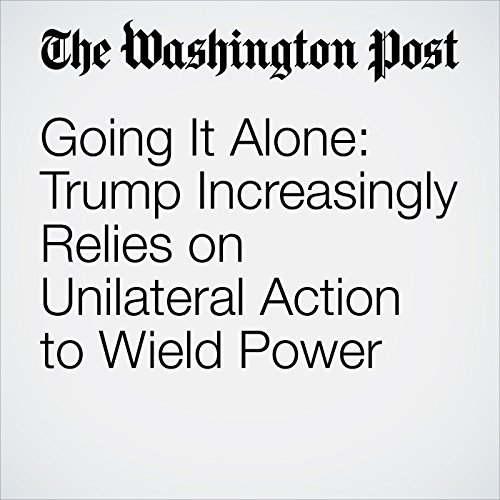 President Trump unilaterally levied new steel and aluminum tariffs on U.S. allies, including the European Union, Canada and Mexico. He granted clemency to convicted felons while touting the view that he also has the ability to pardon himself. He reinstated the coming summit with North Korea in Singapore as abruptly as he canceled it. And he upended a cornerstone of the existing world order via Twitter tantrum as he departed the Group of 7 summit in Canada. And that was just in the past two weeks.

"Going It Alone: Trump Increasingly Relies on Unilateral Action to Wield Power" is from the June 11, 2018 Politics section of The Washington Post. It was written by Ashley Parker and narrated by Sam Scholl.