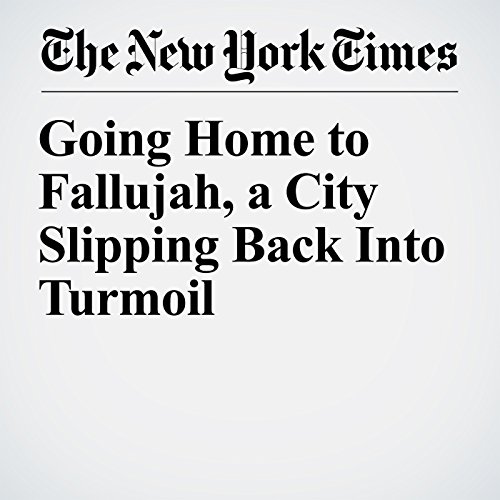 Iraqi forces had taken Fallujah from the Islamic State group months before, and Sabah Rashid was more than ready to return home. But the police warned him not to go.

"Going Home to Fallujah, a City Slipping Back Into Turmoil" is from the February 09, 2017 World section of The New York Times. It was written by David Zucchino and narrated by Caroline Miller.