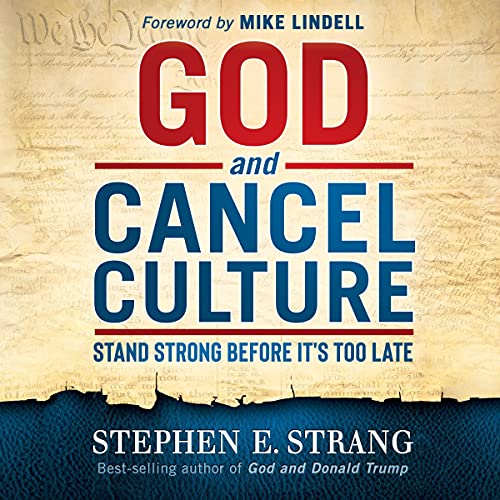 Things are chaotic in America. Liberal policies are advancing. A rash of executive orders appears to be moving the nation closer to socialism and a one-world government. And conservatives, including many Christians, are being censored as never before. There's even a term - cancel culture - which 64 percent of Americans believe poses a threat to their freedom, according to a Harvard CAPS-Harris Poll. (Among Republicans, that figure is even higher at 80 percent.) The term applies to all conservatives who oppose the politically correct crowd, but it's part of a bigger effort to cancel Christianity and those who espouse biblical principles. It almost seems this is the beginning of the end and the Antichrist will appear at any time. You pick the cultural or political issue, and there likely is not even the semblance of widespread agreement. It seems that Christians are in an unprecedented season of fragmentation, potential division, and actual separation on many fronts. Instead of going forward, much of the church seems to be moving backward or standing still, waiting for what's next.

In some ways, Christians cancel each other in debates over non-essentials. There is no going backward if we want to remain effective and engaged. Paul wrote that all things work together for those who are “called according to His purpose” (Rom. 8:28, MEV). That calling is active, purposeful, and energetic. We can take the initiative and move forward from where we are.

The body of Christ is a big, diverse family, and we must choose to cheer one another on rather than get into circular firing squads. We are called to advance on every front. This book will assess and affirm the different approaches playing out. The body needs clarity and unity - and has little of both right now. Wounded armies want hope, focus, and encouragement. This book will not throw anyone overboard who is standing for the truth in some positive way. Rather, it will allow listeners to look critically at the various approaches vying for our allegiance and attention here in the middle of 2021.

In the course of this survey, we will find reason to affirm where people are fighting on the battlefield and validate the perspectives they bring. Featuring interviews with a cross section of leaders, this book will document what is happening in our country, how believers can respond, and why we can look to the future with hope. Even though things are bad, we must understand that conditions have been this bad or worse in the past and God always came through. He has plans and purposes we don't understand. Christians must not lose heart. We must stand strong and not be intimidated. We must pray, and we must believe God for a great awakening. No matter how bad things get in the culture or in government, the Bible is true and “all things work together for good to those who love God” (Rom. 8:28, MEV). That's because we are called according to his purpose. A purpose never goes in reverse. This book will reveal what that looks like in its various forms in the day in which we live. It gives a great handle for promoting unity and appreciation of one another when that is breaking down so badly elsewhere. Indeed, maybe the love Jesus spoke about that makes us recognizable to the world will be seen as this book illuminates the supernatural unity among people of very diverse opinions and approaches while pointedly addressing these various hot-button areas.

A Must Read for Every Christian & Patriot

This eye opening book is a call to action for everyone that loves this country and wants it to remain free. We have been apathetic for too long. It’s time to stand up for God and His Biblical values. Let’s take our country back. Please read and share this book with everyone you know.

Packed with wisdom and hope but....

I recommend this book it, most will learn a lot, and what concerned Americans need to do before America reaches the point of no return down the road to communism. It is based on a Charismatic view point but I suggest if you want to have a well rounded view of where America is going and want to know for certain what the future holds for America I suggest you listen to this book but also be sure to listen to, or read AMERICA IN BIBLE PROPHECY by JJ Jones. You'll then know where "cancel culture" is taking us and what you need to do to save yourself, your family, from what's on the horizon.