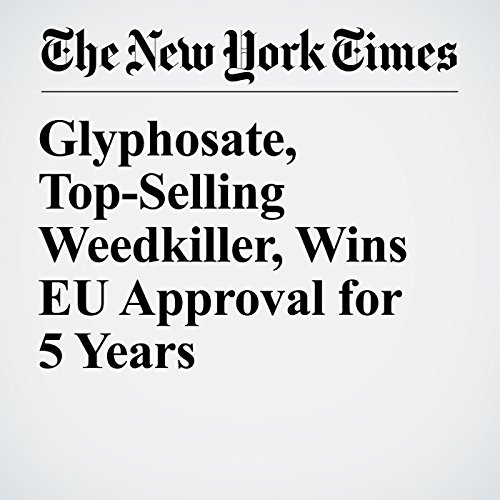 The European Union voted Monday to extend its authorization for the world’s best-selling herbicide for an abbreviated period of five years in the face of opposition from several member states, including France and Italy.

"Glyphosate, Top-Selling Weedkiller, Wins EU Approval for 5 Years" is from the November 27, 2017 Business section of The New York Times. It was written by Danny Hakim and narrated by Kristi Burns.