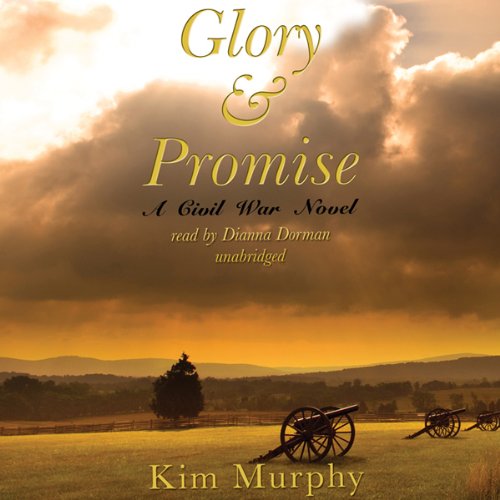 Occupied by Union forces, Fredericksburg lies in ruins. After four years of devastating conflict, sisters Amanda and Alice are plunged into the turbulent world of the war's aftermath. Amanda struggles to maintain harmony in her home life, while her husband, Union Colonel Samuel Prescott, strives for order in the newly reunited country. But with the demise of the Confederacy, Alice's husband, William Jackson, has lost his command and must finally face the haunting truth about his past. The guns on the battlefield have been silenced, but war rages on within all hearts, ready to explode.

©2005 Kim Murphy (P)2009 Blackstone Audio, Inc.
Narrativa storica Narrativa letteraria Di guerra e militare Guerra civile americana
Mostra di più Mostra meno
"Readers are in for an emotional conclusion to this series....Despite the turmoil of the times, love triumphs in a variety of ways....The book takes many surprising turns, but comes to rest in the best possible place." (In the Library Reviews)

was a good book, until the main Characters cheat. that could of been left out