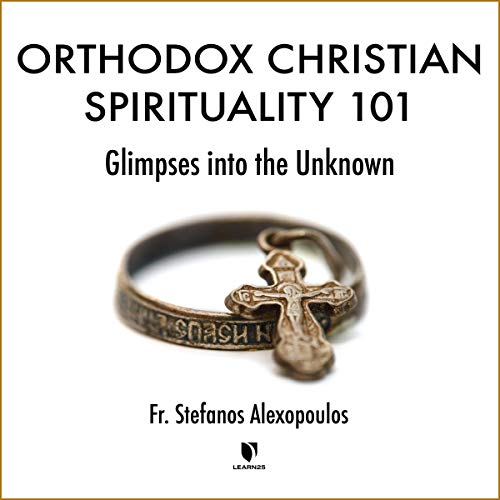 Explore the rich spiritual world of Eastern Christian and its 2,000-year history of faith.

Your guide is award-winning professor Stefanos Alexopoulos, an Orthodox priest who teaches at The Catholic University of America. Under his guidance, you will explore the Eastern spiritual perspectives on such topics as scripture, monasticism, prayer, liturgy, salvation, repentance, and the saints. By looking at these themes through a new lens, you will discover what makes Eastern Christianity different from and similar to Western Christianity.

Scholarly yet accessible, these engaging lectures invite you to encounter these traditions and practices firsthand and to uncover the treasures of Eastern Christianity. Today, millions of indigenous Christians live out the Gospel in homelands hostile toward their faith - a faith for which many die as martyrs. These lectures will help you recognize these Eastern Christians as your brothers and sisters in faith. Let the faith of your fellow Christians inspire your own as you bear witness to Christ.

"Stefanos Alexopoulos represents the best of a new generation of scholars who study Eastern Christian Liturgy. Coming from a traditional Orthodox country and educated in the best schools in North America, he ably combines authentic experience with rigorous study in his scholarship. His work is thus reliable, accessible, and fresh for those new to this field." (Very Rev. Alexander Rentel, director of the master of divinity program, St. Vladimir's Orthodox Theological Seminary)

"Stefanos Alexopoulos is a highly regarded specialist in Byzantine Liturgy and has studied and written on its place in the wider context of the theological and spiritual traditions of the other Christian Churches of the East. Recent world events have drawn our attention to the Christians of Egypt, Armenia, Iraq, Turkey, and other places. I am delighted to know that the spiritual heritages of these Christians will be made available more widely in a series of presentations by this excellent scholar and engaging speaker." (Dominic E. Serra, SLD)

"Noted author, priest, scholar, and teacher, there is no one better than Fr. Stefanos Alexopoulos to introduce the distinct spirituality of the Christian East. His work is firmly based in Scripture, the Fathers of the Church, and, not least, in the Church's classic Liturgy and the best of contemporary liturgical-theological scholarship. For the spirituality of the Christian East, as Fr. Stefanos teaches, is at heart a liturgical spirituality." (The Rev. Dr. Maxwell E. Johnson, professor of liturgy, University of Notre Dame)

Fr Stephanos does a great job of introducing many of the traditions of the Eastern Church. An excellent catechism.

The best introduction to Orthodoxy I've heard or read. Clear , concise, and easy to understand . Excellent narration was a bonus .

A great place to start