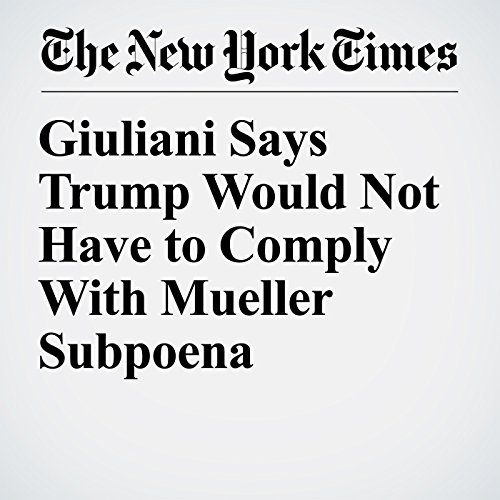 Rudy Giuliani, who recently joined President Donald Trump’s legal team, said on Sunday that Trump would not have to cooperate with a subpoena if one were issued by the special counsel investigating Russian interference into the presidential election, adding that the president could invoke his Fifth Amendment right against self-incrimination.

"Giuliani Says Trump Would Not Have to Comply With Mueller Subpoena" is from the May 06, 2018 U.S. section of The New York Times. It was written by Noah Weiland and narrated by Keith Sellon-Wright.