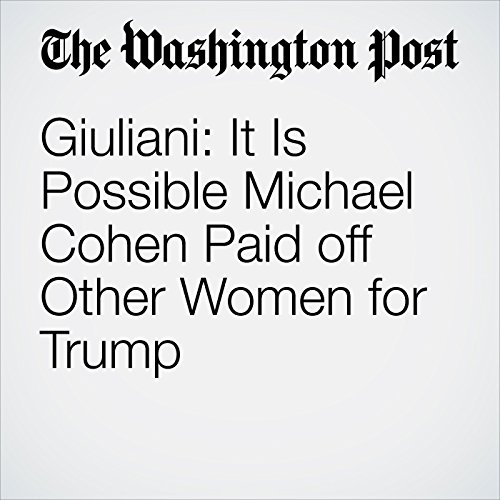 Giuliani: It Is Possible Michael Cohen Paid off Other Women for Trump

Rudolph W. Giuliani on Sunday defended the payment an attorney for President Trump made in 2016 to an adult-film star who had alleged a relationship with Trump, and said it was possible that that lawyer may have paid off other women as well.

"Giuliani: It Is Possible Michael Cohen Paid off Other Women for Trump" is from the May 06, 2018 National section of The Washington Post. It was written by Mark Berman and narrated by Sam Scholl.