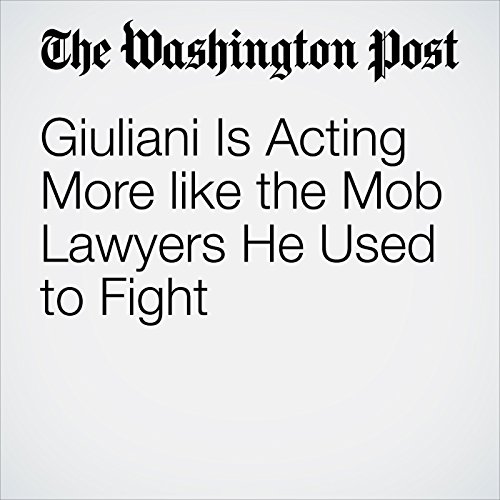 On June 15, a federal judge ordered Paul Manafort to jail, saying that President Trump’s former campaign chairman had attempted to tamper with witnesses while he awaits trial on money-laundering and federal conspiracy charges springing from special counsel Robert S. Mueller III’s investigation of Russian influence in the 2016 presidential election. Later that day, Rudolph W. Giuliani, a Trump attorney, spoke with the New York Daily News about Mueller’s investigation. “When the whole thing is over,” Giuliani said, “things might get cleaned up with some presidential pardons.”

"Giuliani Is Acting More like the Mob Lawyers He Used to Fight" is from the June 19, 2018 Opinion section of The Washington Post. It was written by Harry Litman and narrated by Sam Scholl.