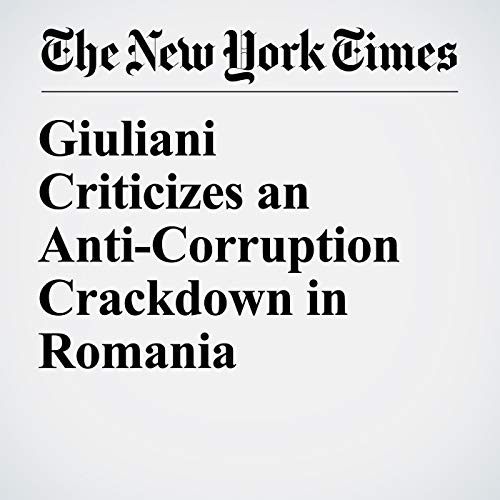 BUCHAREST, Romania — Romania, long considered one of the most corrupt states in the European Union, has made energetic efforts to root out graft, with high-profile lawmakers caught in the crosshairs and concerns about the rule of law prompting rallies attended by tens and sometimes hundreds of thousands of protesters.

"Giuliani Criticizes an Anti-Corruption Crackdown in Romania" is from the August 29, 2018 World section of The New York Times. It was written by Kit Gillet and narrated by Kristi Burns.