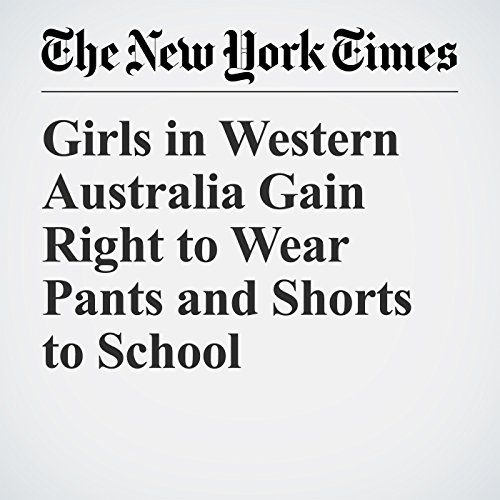 Girls at public schools across the state of Western Australia will be allowed to wear pants and shorts to class, no longer restricted to only dresses, skirts or skorts. The Education Department, in response to a complaint from an 11-year-old student, announced last week that it would amend a statewide dress code to offer girls more uniform options.

"Girls in Western Australia Gain Right to Wear Pants and Shorts to School" is from the September 11, 2017 World section of The New York Times. It was written by Isabella Kwai and narrated by Keith Sellon-Wright.