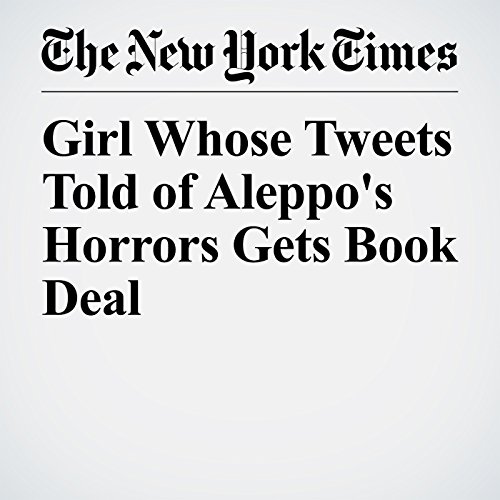 A 7-year-old Syrian refugee whose Twitter posts from the besieged city of Aleppo put a face to the country’s civil war for thousands of followers and turned the girl into an international celebrity, has been offered a book deal.“I am happy to announce my book will be published by Simon & Schuster,” the girl, Bana al-Abed, wrote this week on Twitter. “The world must end all the wars now in every part of the world.”

"Girl Whose Tweets Told of Aleppo's Horrors Gets Book Deal" is from the April 14, 2017 World section of The New York Times. It was written by Russell Goldman and narrated by Barbara Benjamin-Creel.