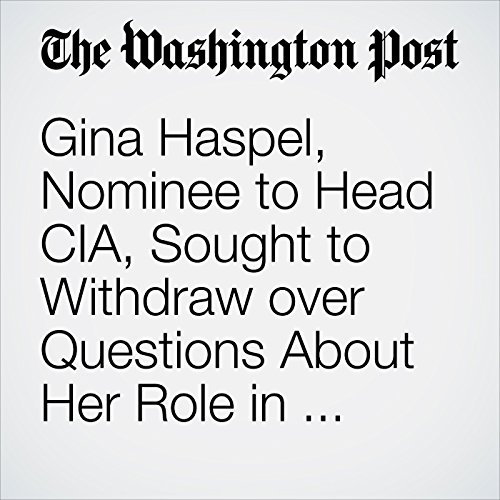 Gina Haspel, President Trump’s nominee to become the next CIA director, sought to withdraw her nomination Friday after some White House officials worried that her role in the interrogation of terrorist suspects could prevent her confirmation by the Senate, according to four senior U.S. officials.

"Gina Haspel, Nominee to Head CIA, Sought to Withdraw over Questions About Her Role in Agency Interrogation Program" is from the May 06, 2018 Politics section of The Washington Post. It was written by Carol D. Leonnig, Shane Harris and Josh Dawsey and narrated by Sam Scholl.