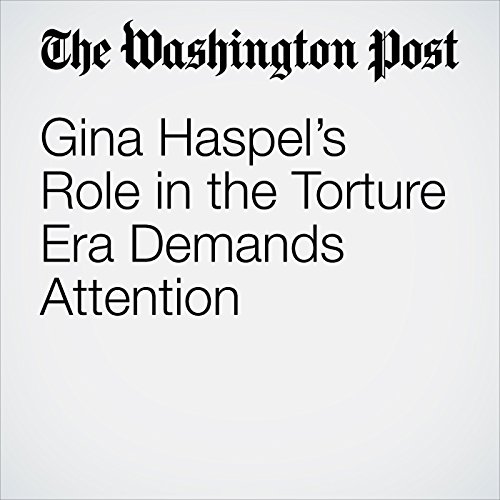 Fifteen years ago, President George W. Bush launched the invasion of Iraq, initiating one of the longest military engagements in U.S. history. In an address to the nation, Bush declared, “America faces an enemy who has no regard for conventions of war or rules of morality.” He added, “The people of the United States and our friends and allies will not live at the mercy of an outlaw regime that threatens the peace with weapons of mass murder.”

"Gina Haspel’s Role in the Torture Era Demands Attention" is from the March 20, 2018 Opinion section of The Washington Post. It was written by Katrina vanden Heuvel and narrated by Sam Scholl.