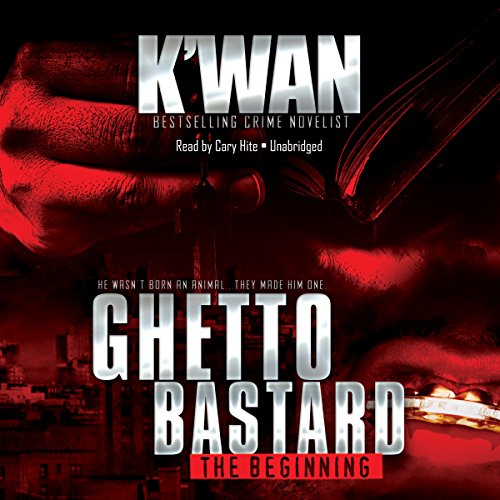 What happens to the children the world throws away? They become animals.

Tayshawn Torres is a child born in the slums and cursed by the sins of his parents. His mother is a notorious drug addict and whore who's more concerned with getting her next high than she is with Tayshawn's well-being. His stepfather hates him so much, he literally treats him like an animal, forcing him to sleep in a cage and scavenge for scraps of food wherever he can find them. Because of his squalid appearance, he is also an object of ridicule by all of the neighborhood kids, who have given him a nickname: Animal.

The only person ever to show him even the slightest bit of kindness is his older brother, Justice. And when Justice is taken from his life, Tayshawn finds himself alone in the streets. His guardian angel gone, he is now at the mercy of the world from which his brother tried to protect him. Tayshawn quickly learns that if he is to survive the jungle, he will have to adapt. Love and companionship constantly elude him, but death and heartache cling to him like a second skin. Gradually the layers of the frightened child he had once been are stripped away until there is nothing left--nothing but Animal.

Love all of KWAN books

This too like all the other animal books were great ! Looks like I read them out of order though.

It was a good story. sad.

I thought it was a good story. Sad though. The narrator did great with all the characters voices.

Loved it! This book explained how it all began....Animal!!!! Awesome book - series, keeps you listening.

This book is so live!!

I thought it was a very good book. I had to get use to the narrator but after that I have nothing but positive things to say. On to Animal 2....

great from start to finish!!!

Now all the pieces fit together!!! love animal story... kept me intrigued, and emotionally involved! wish thr were more to read...

Great book made me restart the whole series

Where does Ghetto Bastard rank among all the audiobooks you’ve listened to so far?

I like how it takes you back so you can see where Animal got his name and why he is the way he is.

I LOVE Cary Hite's narrations he does and excellent job as all the characters.

Yes I believe I finished it in a day or two.

Really good book, I enjoyed it.

I was glad to hear how Animal became Animal. It was a much needed background story & I am forever in live with Animal as I now feel as though I know him inside & out. Cary Hite did a fantastic job, as usual, drawing me into the story.

Totally addicted!!! So well written!!! Couldn't stop listening, Anticipating every book in in the series!!

Kwan, you did it again, please keep up with the good writing on your work and God Bless and Keep you!!!