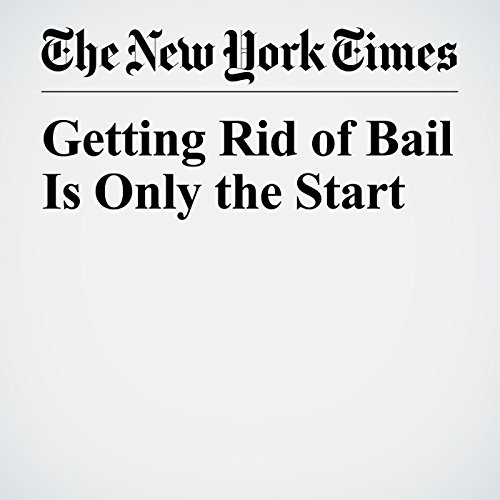 The cruel absurdity of making freedom contingent on material well-being in a society where, as the Federal Reserve reported last year, only 46 percent of Americans surveyed said they had enough money to cover a $400 emergency expense, has made bail reform a popular cause and the elimination of cash bail a goal of many in the criminal justice reform movement.

"Getting Rid of Bail Is Only the Start" is from the June 03, 2017 U.S. section of The New York Times. It was written by Ginia Bellafante and narrated by Kristi Burns.