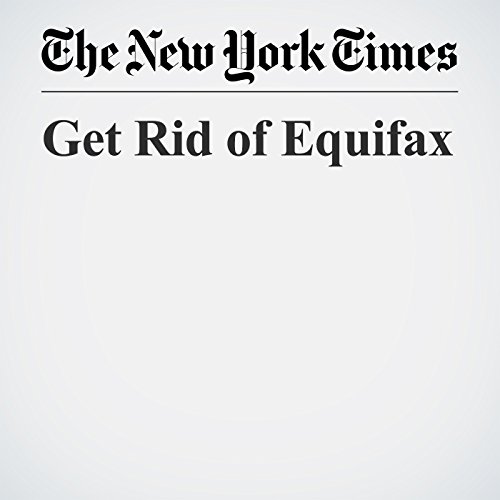 Get Rid of Equifax

Because of lax security at Equifax, one of the three major credit reporting companies, the private financial and personal details of as many as 143 million Americans have been exposed to hackers. We still don’t know what the full ramifications will be; the people who took this information — which includes birth dates, Social Security numbers and addresses — could hold on to it for as long as they want and deploy it in years to come.

"Get Rid of Equifax" is from the September 20, 2017 Opinion section of The New York Times. It was written by Bryce Covert and narrated by Barbara Benjamin-Creel.