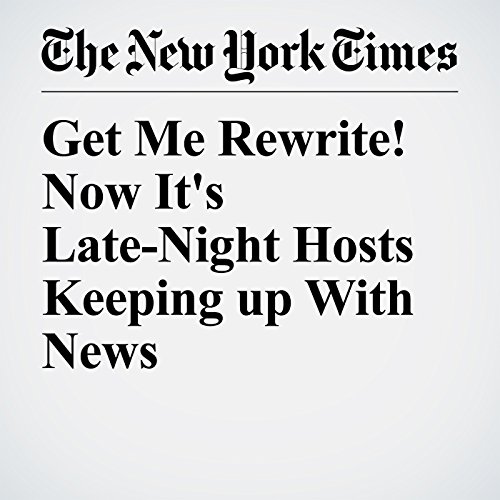 Around 5 p.m. last Monday in New York, Steve Bodow, an executive producer at “The Daily Show With Trevor Noah,” was making final tweaks on that night’s script when he saw a breaking news alert from The Washington Post: President Donald Trump had disclosed classified intelligence to Russian officials in a White House meeting.

"Get Me Rewrite! Now It's Late-Night Hosts Keeping Up With News" is from The New York Times, published on May 21, 2017.

Cosa pensano gli ascoltatori di Get Me Rewrite! Now It's Late-Night Hosts Keeping Up With News