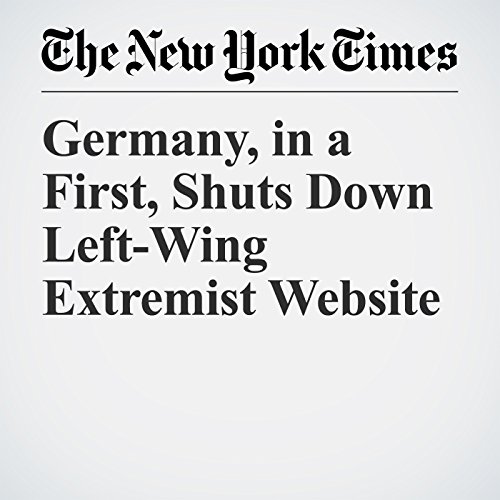 An influential website linked to violence at the Group of 20 summit meeting in Hamburg last month has been ordered to shut down, in the first such move against left-wing extremists in the country, authorities in Germany said Friday.

"Germany, in a First, Shuts Down Left-Wing Extremist Website" is from the August 25, 2017 World section of The New York Times. It was written by Edmund Heaphy and narrated by Mike DelGaudio.