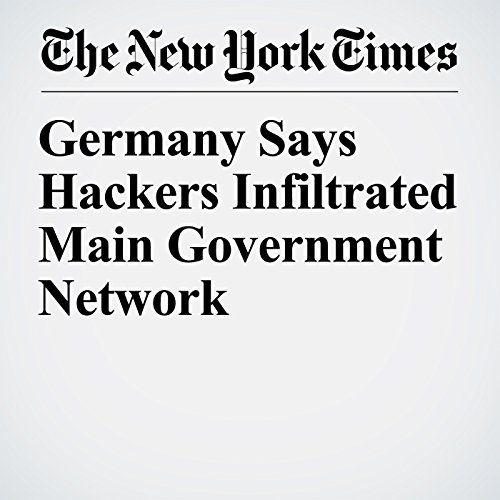 Hackers using highly sophisticated software penetrated the German government’s main data network, a system that was supposed to be particularly secure and is used by the chancellor’s office, ministries and the parliament, government officials have said.

"Germany Says Hackers Infiltrated Main Government Network" is from the March 01, 2018 World section of The New York Times. It was written by Melissa Eddy and narrated by Barbara Benjamin-Creel.