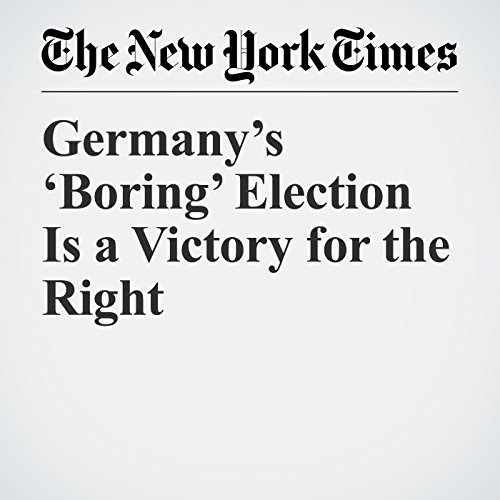 Compared with Donald Trump’s victory, the Brexit vote or even Marine Le Pen’s presidential bid in France, the results of Germany’s Sept. 24 election will be reassuringly boring. Chancellor Angela Merkel looks poised to continue her 12-year tenure. In the latest polls, her center-right Christian Democratic Union party leads with some 36 percent of the vote — far ahead of its closest challenger, the Social Democrats.

"Germany’s ‘Boring’ Election Is a Victory for the Right" is from the September 20, 2017 Opinion section of The New York Times. It was written by Lukas Hermsmeier and narrated by Kristi Burns.