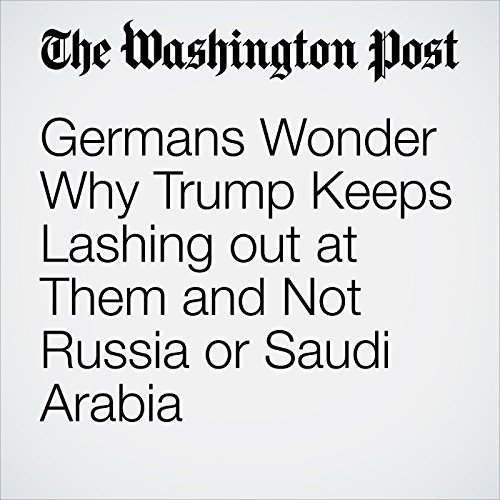 When news emerged in 2013 that the U.S. government had monitored German Chancellor Angela Merkel's communications for years, Merkel sent a firm but conciliatory message to Washington. Friends don't “spy on each other,” she said, and then moved on to calm tensions.

"Germans Wonder Why Trump Keeps Lashing out at Them and Not Russia or Saudi Arabia" is from the May 30, 2017 World section of The Washington Post. It was written by Rick Noack and narrated by Sam Scholl.