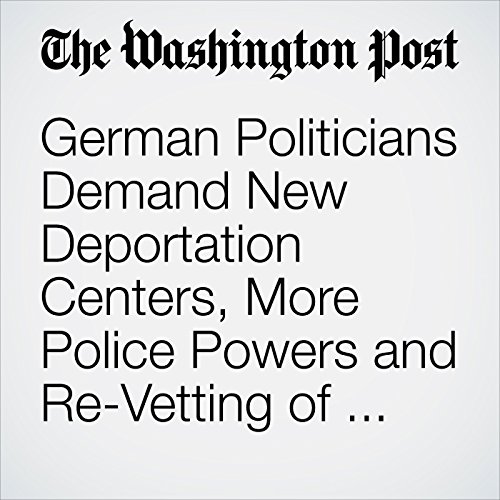 Germany became an asylum seeker’s utopia, a beacon of hope for the war torn and desperate. But following a string of terrorist attacks including last month’s strike on a Christmas market here, this nation is weighing tough changes to an asylum system that critics say has exposed millions of Germans to risk.

"German Politicians Demand New Deportation Centers, More Police Powers and Re-Vetting of Migrants" is from the January 10, 2017 World section of The Washington Post. It was written by Anthony Faiola and narrated by Sam Scholl.